The Arkansas Razorbacks visited Kroger Field in Lexington, Kentucky on Saturday night to face the Kentucky Wildcats. The Razorbacks (2-4, 0-3) gave up 418 yards and 2 rushing touchdowns to a wide receiver turned QB, Lynn Bowden. Not only was he a wide receiver 2 weeks ago, he only had 2 weeks to prepare for this game. An SEC start at home against another SEC team.

EC game of the year while holding the Hogs to 305 yards of total offense. Even forcing a QB change after Starkel went 7-19 late into the third quarter. He was replaced by Ben Hicks, who finished 5-8 for 81 yards. This latest performance gave the Hogs a chance to win, but again with just over 2 minutes remaining and down 24-20, Hicks lead the Razorbacks to the Kentucky 22-yard line, but his 4th down attempt was batted down on what would turn out to be the last offensive play for the Hogs.

Rakeem Boyd lead the way for Arkansas’ offense, rushing for 134 yards and 2 touchdowns on 15 carries. Shades of Darren McFadden appeared on the second play of the game, running for a long 74-yard touchdown.

This early sign gave Razorback fans hope on their first SEC win of the year. What a GREAT start. Unfortunately, the game was longer than just the first quarter. As the game wore on, the Razorback defense seemed to get a little looser, unfocused, and undisciplined. Trey Knox, the outstanding freshman wide receiver, only had 2 catches for 24 yards, with a long of 18. O’Grady lead the way with 4 catches for 44 yards, while Burks had 2 for 25 yards. In the end, this was not enough to win an SEC game.

The Arkansas defense started off on the right foot with Bumper Pool getting in the game and making a statement early, even getting the commentators talking about the best name in football. Agree or disagree, a name doesn’t do it all and one player cannot make or break a game. This game was lost on the missed assignments and knowledge of the game. It had to be said at least 100 times through the week that they would face at best a banged-up backup quarterback. Then you end up seeing a WR that was forced to play quarterback. Expect them to run the ball and blitz like there is no tomorrow and make him make a quick decision. Instead, they ended up playing soft and letting him beat them. At this point, there are many Razorback fans that are calling for blood.

What to do from here?

NO CLUE. Obviously, we are doing the same thing we did last year with quarterback to quarterback and none of them really performing to the potential that was expected. We do have 2 others there. I’m not saying going into Auburn week, we need to change quarterbacks, but I’m not sure about everyone else but the two that are playing are not getting the job done.

They both have their good points and bad, but the job is not getting done. I am not going to choose sides on what should happen and just leave it in the hands of our Coaching Staff. They have seen more than I have and were hired for the job. Let’s see Jones or Jefferson for the rest of the season. At least get Jefferson in the 4 games that he can play as a freshman, even if he does get pressured and beat up, its SEC football, get use to it and drive on. All summer reports said Jones got this started or Jones looked good, yet through this just awful start in the second straight season, we keep throwing a QB out there who is not leading the team anywhere but down into the ground. You have the running core and a great wide receiver core. We need to find a future leader for the team not one to come in and put a band aid on the situation. Let’s start now, planning with the young talent before we lose anymore talent. Time to focus on the next task at hand, the Auburn Tigers “War Eagle” led by none other that Gus Malzahn visits Reynolds Razorback Stadium Saturday. One promise for this game after a bad loss to the Florida Gators is that Auburn will come to play. 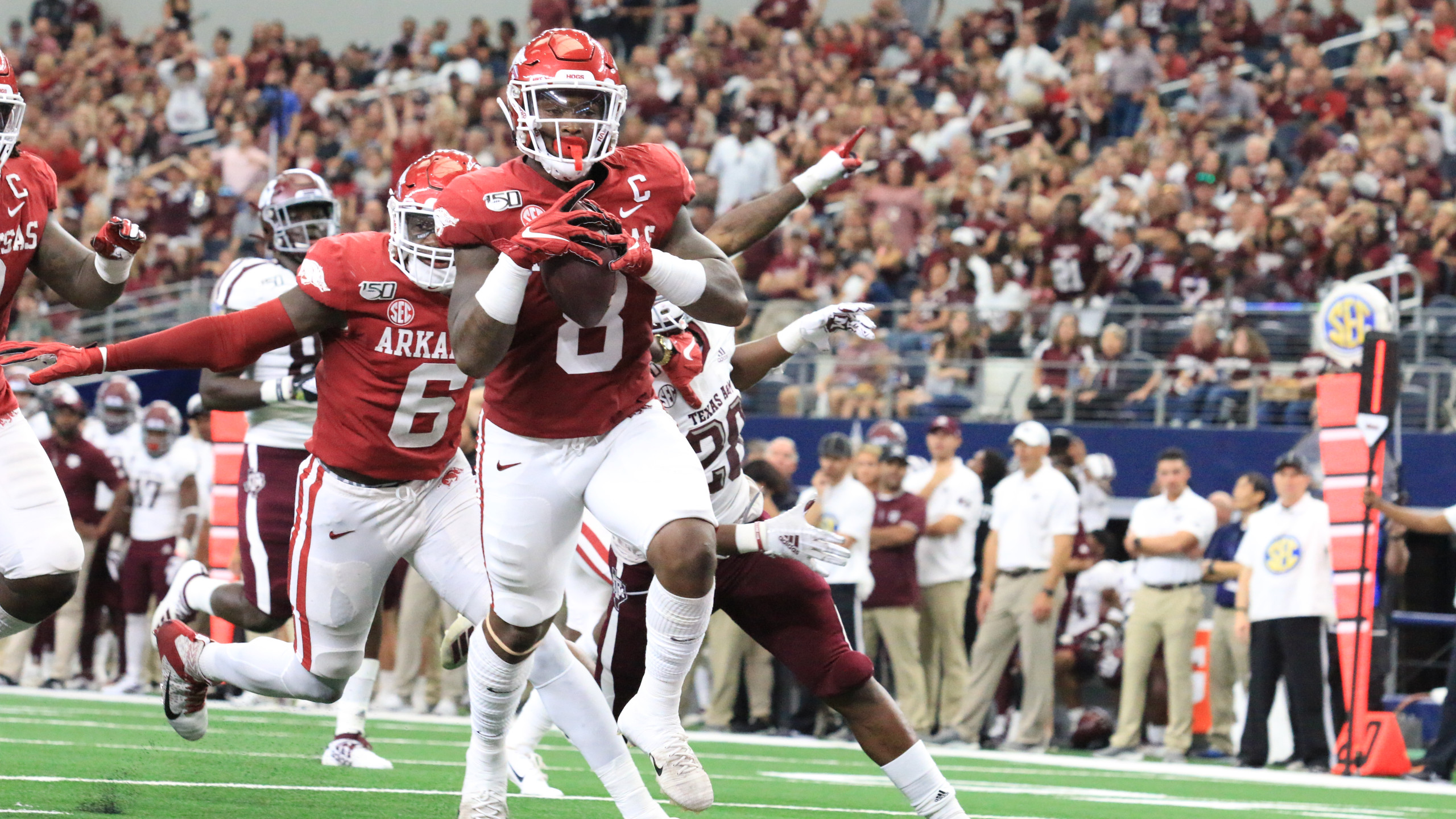 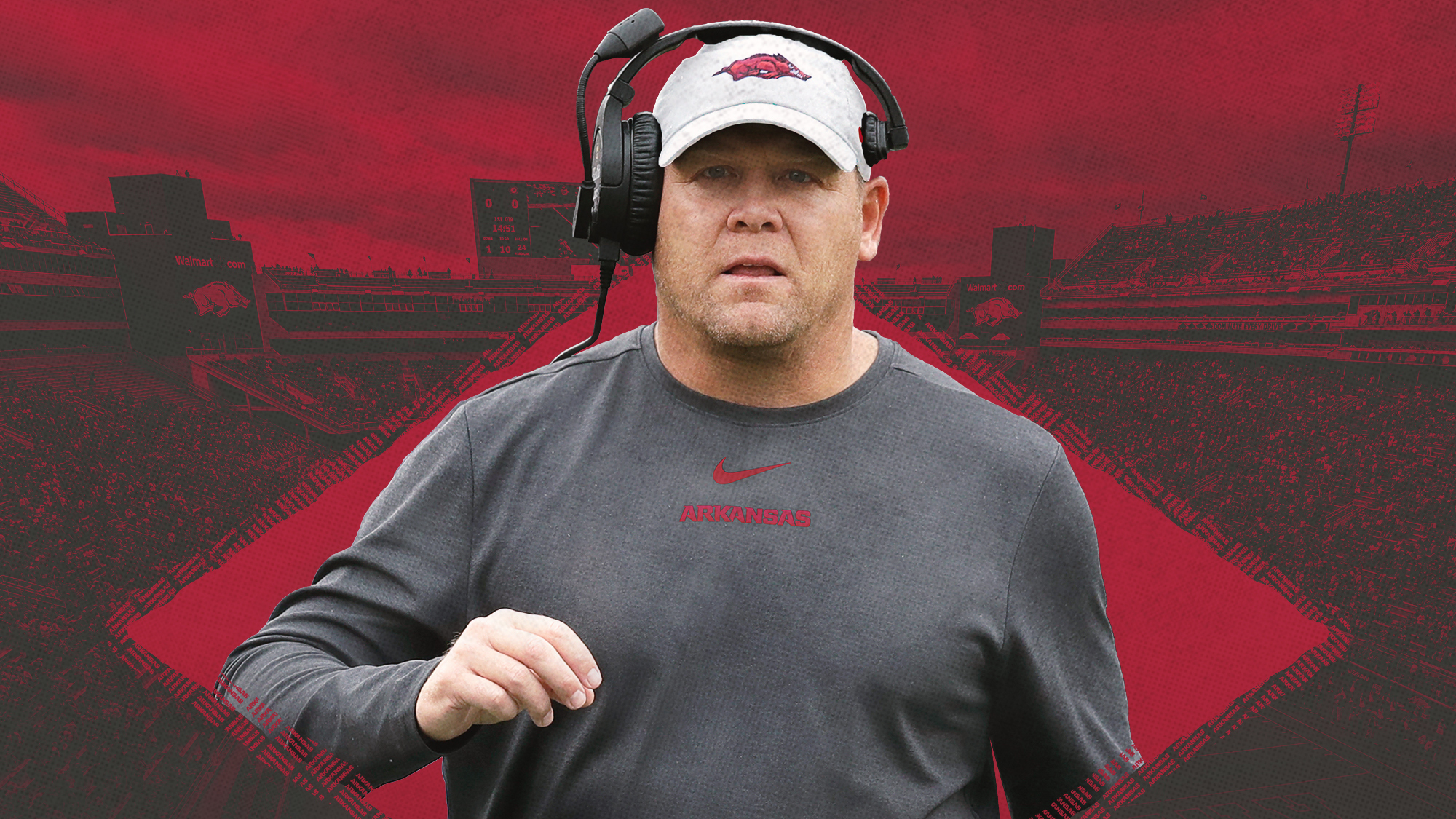