It has been well-documented that the Razorbacks landed the fifth-ranked recruiting class in the 2020 rankings. The class is made up of four in-state four stars, each appearing in the top-100 rankings at least once. Such a strong class sets a new precedent for Razorback Basketball, but the 2021 and 2022 classes have the potential to be even better.

Despite restrictions on recruiting due to COVID-19, Musselman has hosted many virtual unofficial visits with prospects in the 2021 and 2022 recruiting classes. Some players cut their top lists recently, as well. Rankings aren’t finalized for either class, and will be difficult to evaluate in the near-future, but Arkansas has targeted dozens of top-100 recruits for both classes.

With the 2021 prospects having more film and more time being evaluated, their rankings will fluctuate less than the 2022 class. Musselman and staff have completed multiple virtual visits with several top prospects for the class, including five stars Harrison Ingram and Kendall Brown.

The Razorbacks are in the top-10 for both Ingram and Brown. Signing just one would be the first five-star prospect since Bobby Portis in 2013. According to 247Sports, in the modern rankings era Arkansas has never signed more than one five-star recruit in a single class. Ingram and Brown are the only five stars on the short-list for the 2021 class, but there are other five stars who have not cut their lists yet and other prospects who could move up in the rankings.

Two of the likely candidates to move up in the rankings are Langston Love and DaRon Holmes. Holmes earned his offer from the Razorbacks on April 30 and is currently ranked the 49th player in the country in the ESPN rankings and 42nd in the 247 composite database.

Love released a top-11 list that included the Razorbacks on May 20. He received his Arkansas offer early in Musselman’s tenure on June 20, 2019. Love attends Monteverde Academy, where Razorback-signee Moses Moody capped off his high school career, and is ranked 24th and 25th nationally by ESPN and 247 composite respectively.

Center Daimion Collins is listed as a five-star prospect on 247 and a four-star on ESPN. The 6-8 big man ranks 23rd and 26th in each service. Another offer from early in the Musselman tenure, Collins plays for Team Griffin in the summer along with other hog prospect Trey Alexander and Texas A&M signee Jaxson Robinson. Collins and Alexander have not cut their lists yet, but are still top priorities for the Razorbacks.

Other players to keep an eye out for the 2021 class are Michael James and Alex Fudge. James reported his offer on April 27 and Fudge on May 21. Both are top-100 players.

The class of 2020 highlighted one of the best in-state crops of talent in recent memory, surpassing the 2011 class. The 2022 class has the potential to be even better than the 2020 class.

Coach Musselman has already offered five in-state prospects for the class: Derrian Ford, Nick Smith, Jr., Joseph Pinion, Kel’el Ware, and Javion Guy-King. Ford is ranked 39th in the Rivals rankings and already has an impressive offer list, including Kansas, Florida, Auburn, and Alabama. Hype has surrounded Ford and Smith, Jr. (44th on Rivals) since their debut in high school basketball, but other in-state prospects have gained the attention of top-tier programs of late.

Pinion’s recruiting exploded in recent weeks. In late March he received an offer from Kansas, was featured in an article by Rivals National Analyst Eric Bossi, and then received his Arkansas offer. The 6-6 wing is listed as a four-star on Rivals.

Ware and Guy-King have also received increased interest recently. Ware received his Arkansas offer in January. The North Little Rock center earned an offer from Virginia Tech on February 16th and Texas A&M on March 5th. Arkansas was Guy-King’s first offer, but since then the 6-5 wing has received interest from a range of mid-major and high-major programs.

On top of the in-state talent in 2022, the Razorbacks are also in play for other top prospects in the class. Kijani Wright is a 6-8 power forward from Los Angeles. He is rated a five-star in each of the three major rankings services and holds offers from Arizona, Kansas, UCLA, and Arkansas, among others.

Jayden Epps is a talented and explosive guard from Virginia. He earned his offer from Arkansas recently, and reportedly really likes Arkansas and Coach Musselman a lot. Epps comes from a region in Virginia that produces a great deal of talent, particularly in basketball, but a coach from the area said Epps is the “best player from around here in years.”

6-6 wing Brandon Miller has received offers from Tennesse, Louisville, and Arkansas, among others, and is ranked 6th and 14th nationally by ESPN and Rivals.

There is plenty room for these players to move up in the rankings and for Arkansas to sign multiple five-stars in consecutive classes. That sort of recruiting is unprecedented in Fayetteville in the modern era, but is well-within reach. 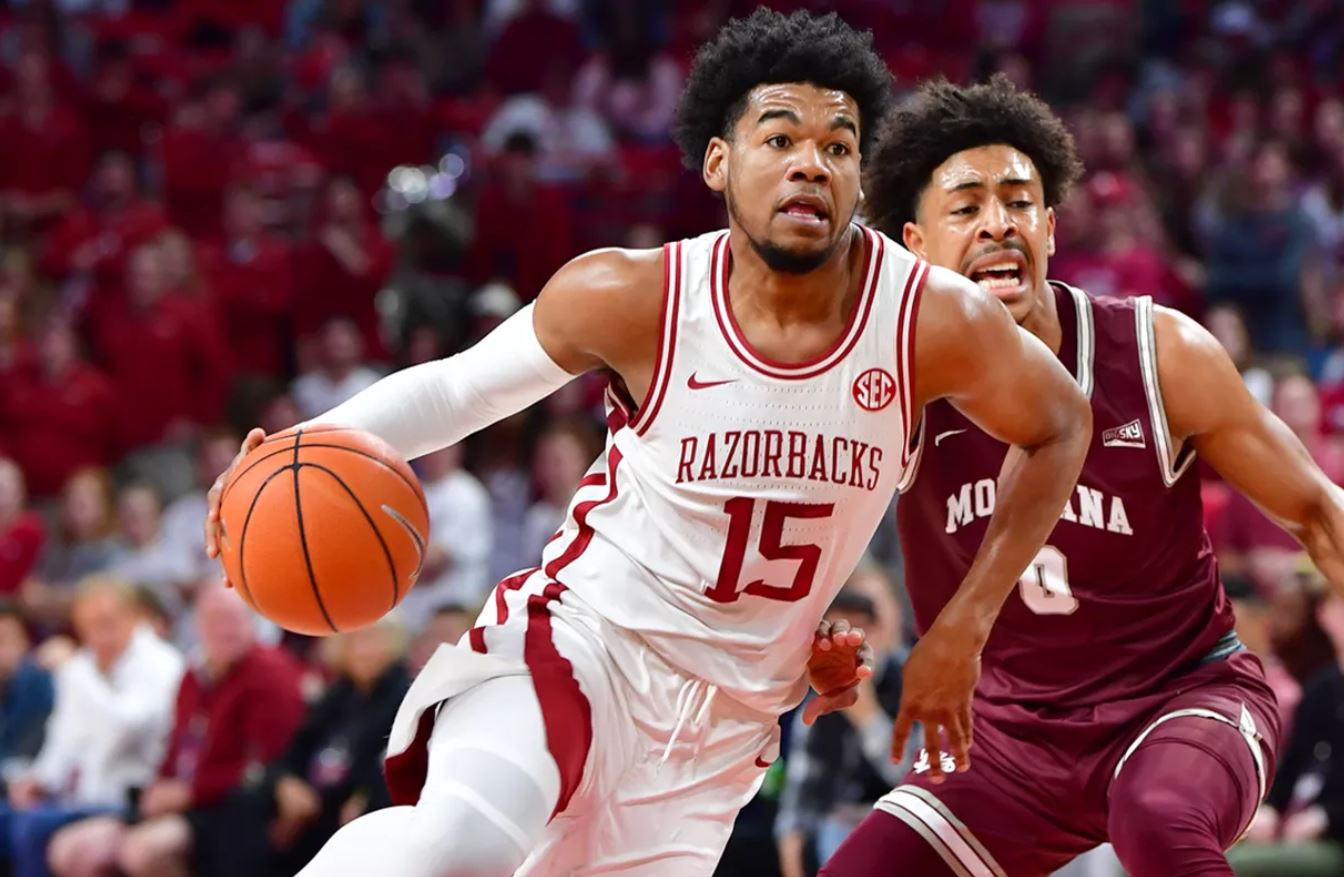 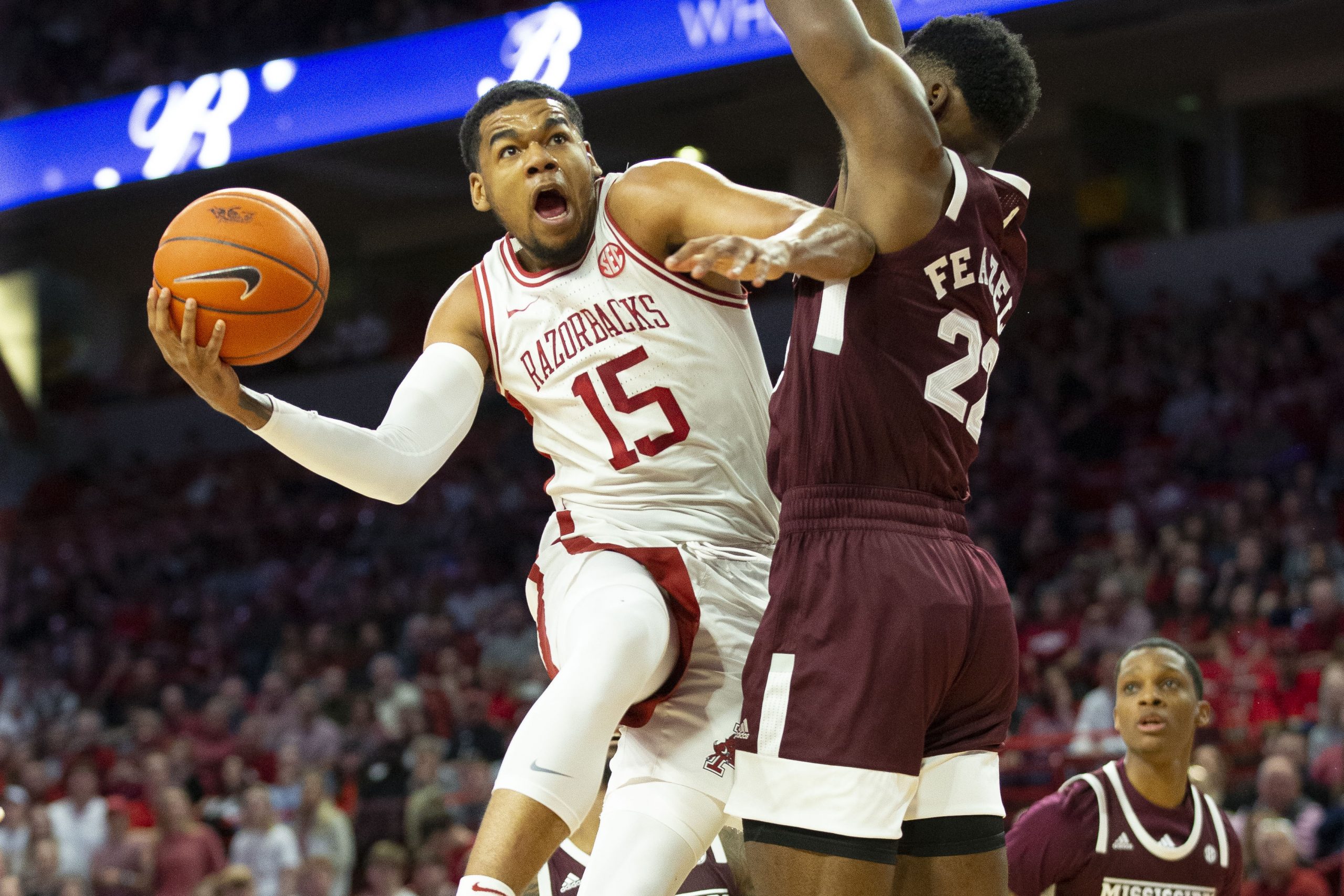