Ramel Lloyd Junior, listed as a top 100 recruit by all major recruiting services, has an abundance of high major offers, including Arkansas. Other high profile programs on the hunt for the sharp-shooting wings’s services include Arizona, Baylor, Kansas, LSU, USC, and Washington. Kentucky is showing interest as well

The small forward is listed at a height of 6’6” and weighs 190 pounds. Lloyd Jr. has transferred to Rancho Christian located in Temecula, California after spending his sophomore year at Taft high school in Woodland Hills, California. In Lloyd Jr.’s sophomore campaign, he averaged 21.9 points, 3.0 assists, 5.3 rebounds, and 1.8 steals in 21 games played at Taft.

Lloyd Jr.’s film shows a versatile big guard/wing who is not afraid to shoot it from deep, as well as bring the ball up the court, especially in crucial situations. He can drive when he feels he has the advantage, but will pull up with ease from behind the arc, where he has shot 35% from. His length allows him to crash the boards effectively. Lloyd Jr.’s feel for the game seems like it matches up well with Musselman’s free flowing NBA style system, where he has already expressed how he likes the style of offense.

Lloyd Jr. has all of the tools to be a productive player at the next level, but he also has the bloodline as well. Lloyd Jr.’s father, Ramel Lloyd Senior, played his college ball at Long Beach State and went on to play in the NBA G-league as well as with the infamous Harlem Globetrotters.

Lloyd Jr. will continue to be a major Arkansas target in the class of 2022, and definitely is a name to watch as his recruitment really begins to pick up in the later half of his high school career. Arkansas is a favorite for him at this moment and I would not be surprised to see the Hogs land him, especially since he has mentioned how strong of a relationship he already has with Coach Musselman and his staff. 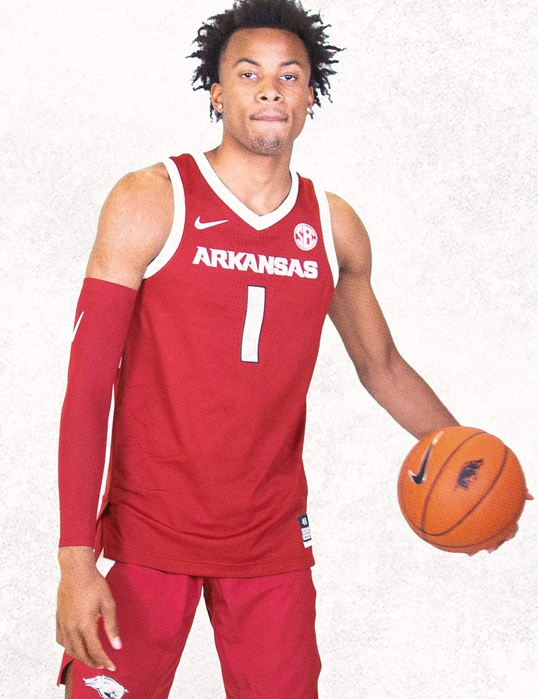