Arkansas head coach Eric Musselman has not been shy about his willingness to keep recruiting despite having thirteen players on scholarship already.

After signing Vance Jackson and Jalen Tate to accompany the heralded freshman class, Musselman had all spots filled. He kept reaching out to transfers despite that, leading fans to assume the Razorbacks might land another graduate transfer. That’s just what happened on Monday as Indiana graduate transfer forward Justin Smith committed to Arkansas.

Smith is a former four-star recruit and averaged 10 points and 5 rebounds for the Hoosiers in his junior season. I spoke to Indiana Rivals reporter Alec Lasley on what Arkansas fans can expect from Smith.

Lasley said, “For one, he’s a guy that will give Arkansas a lot of versatility on both ends of the floor, but especially defensively. He’s able to play out on the wing and even some on the block with his athleticism.

“Offensively, he’s not really going to stretch the floor. [He’s] only a 25% shooter for his career from deep, but he is a very effective offensive rebounder and with Arkansas shooting a lot of threes that’ll be a major addition. Does have some versatility, but for the most part will bring that ability on the boards.

“I think the major thing is just making sure his motor is always there, but with Arkansas liking to get out more in transition and play at a faster pace than IU, using his athleticism in transition will be useful as well.

“[He scored] mostly on putbacks and in transition. He does have some slashing ability but he’s not a great ball handler, so it’s hit or miss on that. He’s become more controlled on O and did get better at not forcing things.”

Jackson Collier
Jackson is a soon-to-be law student with an academic background in journalism, English, and history. He played basketball through high school at Little Rock Catholic and enjoys writing and talking about sports. His pipe dream is to be a college or high school basketball coach. 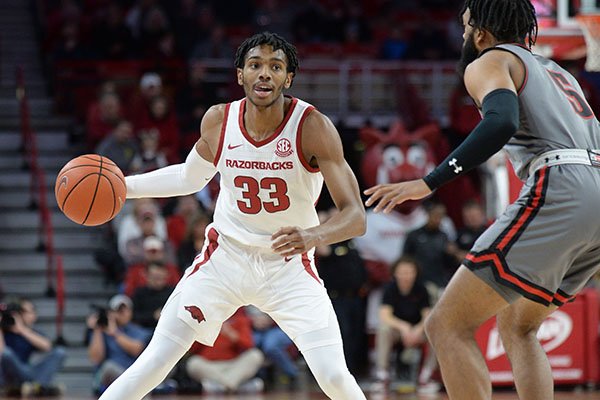 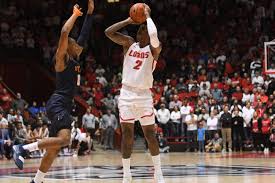