The Hogs return to Razorbacks Stadium with a new QB1, Nick Starkel after the Land Sharks of Ole Miss to a sizable bite out of us. Starkel played the second half in Oxford putting up some impressive numbers: 200+ yards through the air and a TD to go along with it.

This makes Hog fans wonder why he was not the QB to start the season. We do not have a QB with SEC experience, the ability to get rid of the ball quickly (which will help him with the IFFY O-line in front of him), and we still have too many penalties that will hurt any drive. Although it was a loss on the record, there were still many positive things that came from this game.

My first prediction was that the QB position would go back and forth from Hicks to Starkel until at least the Texas A & M game, but Starkel’s performance against The Rebels has made fans, and even Coach Morris, go ahead and give him the nod. Now, he needs to come out and prove it. We have the ability to make second half adjustments; although they did not all work last week, there are signs of good things to come. Will we see anymore of Ben Hicks this year? Will we see any other QBs unless it is a complete blowout one way or another this year? Only time will tell and only Coach Morris knows the true plan. Stay patient hog fans, stay patient. Stay behind our boys! Arkansas will never yield!​

With Starkel as the new QB at the helm, he can get rid of the ball quickly, and he is quickly learning the ins and outs of the offense. Hopefully, having him as a starter will put a spark into our WR corp because they will know that the ball will be coming hot and accurate. The O-line needs to keep working during the week to get on the same page and keep him in the pocket as much as possible. However, make no mistake, Starkel can run if needed!

#21 Whaley looked almost scared running the ball; he was clearly not himself. We need the Senior presence to step up and make some plays for this offense.

#5 Boyd needs to keep bringing “Dat Wood” in his running style. He only rushed for 67 yards vs. Ole Miss. The yardage may not have been there, but the drive it certainly there. At times, a glimpse of McFadden appeared to fans with Boyd’s speed and his strong running style.

#7 Trey Knox shows all the promise in the world. We saw his speed and agility last week. Although, his TD was called back for his offense lining up wrong: rookie mistakes. He also shows that he can play in the SEC with a strength and speed that has not been seen on the Arkansas field for years.

#85 CJ O’Grady is a big, athletic TE that can catch the ball. We are glad to have him back on the field showing that he is a reliable target who knows the offense and will take hits, if needed, for the team. Watch out NFL, he is on the way!

What the Arkansas defense lacks in age and experience, they more than make up for it talent. Tackling has been awful, and in practice this week, they need to make sure to focus on wrap up tackles. On a good note, the whole defensive line is swarming to the ball, which Hog fans have not really seen in the past several years. We finally saw what coaches have been raving about with McTelvin Agim showing his presence in the middle of the D-Line before Ole Miss made adjustments and double teamed him.

Bumper Pool showed why he played last year, his 4 games, and why he is a starter this year: not many Red-shirt freshman can chase down a RB while reading the play as he has done so many times this year. Expect more to come from him, and I would say be on the look-out for a “Pre-season Butkus Watch List” next year.

Arkansas secondary did not look as bad as The Buzz listeners have made them out to be this week. Cam Curl, “my Dude,” is stepping up taking charge in the secondary with big hits and becoming a player that offenses will try to stay away from if possible.

This week it will be a close call for the Hogs, but they will need good 4th quarter play out of Starkel and for him to lead the Offense in order to prove that he deserves QB1.

This next week is a MUST WIN for Arkansas if they want any hope of seeing a Bowl game this year. They HAVE to win these non-conference games. Bring “Dat Wood” this weekend Hogs! Woo Pig Sooie! 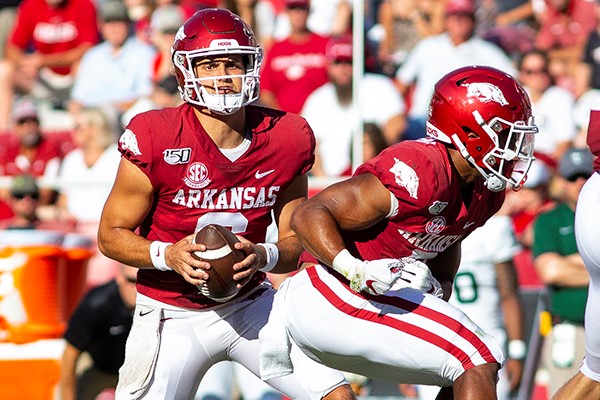 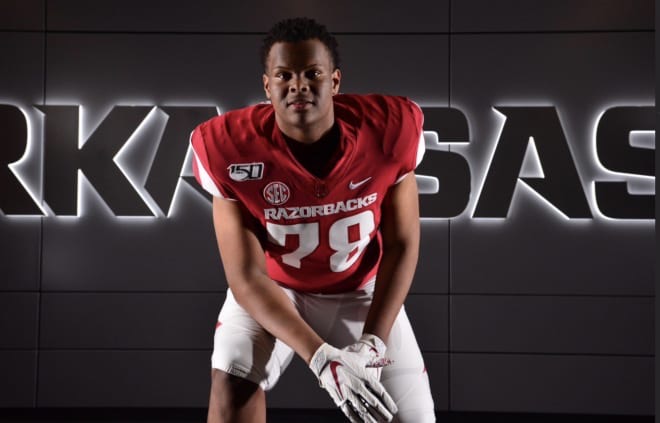